Kindness Among The Believers

When I embraced Islam I saw that the entire ummah is my family and when I would read about the believers in the Quran I felt so happy that these are the people I had chosen to try to become like and be among them.

One of the main characteristics of Muslims is that they have a great love of Allah, Allah’s messengers peace be upon him, the Prophets and for all Muslims who seek Allah’s approval as stated in the Quran:

Qur’an: “Your friend is only Allah and His Messenger and those who have iman: Those who establish prayer and pay alms, and bow.” (Qur’an, 5:55)

Over the years I had seen that those islamic friendships and relationships that people build are based upon western allegiance and friendship values and rarely based upon islamic values with what pleases Allah and displeases Allah as the foundation. When if we truly love Allah we will love each other and obey Him and respect the rights He has given others.

The more I saw families and went through marriage and divorce I realised how fake these ties of kinship are and that no matter how good or bad you are to someone as soon as you make them angry or do something wrong they will treat you not only like an outsider but like a bottom feeder under the dirt. Then still expect you to accept their rights as a muslim and just get on with life and you never have a right to be upset about it or to even be angry or say something. Yet it appears your rights as a Muslim to basic kindness and respect of concealing your errors or sins is out the window and your flesh is free to be eaten by the in laws and their supporters or by the ‘ ex’ best friend you had etc

I have few close friends that I have learnt I can confide in who have been there for years and through a lot with me, but the doubt arises in my mind, if I did wrong by one of them would they be the same? or would they remain by my side like a true sister in Islam? If I no longer can be a benefit to them would they still reside beside me? or will they flea like others before?

“Those who were already settled in the abode, and in faith, before they came, love those who have made pilgrimage to them and do not find in their hearts any need for what they have been given and prefer them to themselves even if they themselves are needy. It is the people who are safe-guarded from the avarice of their own selves who are successful.” (Qur’an, 59:9)

The feeling of traveling through life alone without a family and experiencing constant losses through divorce and friendship is a true reality for many reverts. They desire to feel a place in a family to have a family of their own but seem to always be the outsider no matter how many kids they have or how many years they cater to their inlaws. As soon as she makes a mistake with her husband he is with his family bad mouthing her or his sisters and mother will mistreat her and cause issues with her and her husband only for him to remain silent and never speak the truth to defend his wife and correct the lies and oppression against her.

I ask you Muslims, born Muslims, men who marry reverts and women who have a sister in in law who is a revert. Do you not consider her as part of your family ? does she not have the same rights to kind treatment and respect towards her Islamic rights to preserve her dignity as your own sister, mother, brother or family have?

How do you feel knowing you have mistreated someone who is loyal to you as a wife or to your family as a sister in law, daughter in law, mother to your nieces and nephews etc and you are so fast to attack her and think bad, enjoy to speak about her and try to cause problems in her life, yet you wouldn’t dream to do that to your birth sister!

I ask you, have you truly embraced Islam and taken the believers as your brothers and sisters? or do you only have allegiance with your blood relatives even if they are those who mock the deen of Allah and don’t even pray or adhere to the deen!?

Such is the reality of many revert sisters and the broken hearts they carry to raise the children from your families that you claim to love!

“Some people set up equals to Allah, loving them as they should love Allah. But those who have faith have greater love for Allah. If only you could see those who do wrong at the time when they see the punishment, and that truly all strength belongs to Allah, and that Allah is severe in punishment.” (Qur’an, 2:165)

Leave a Reply to milk and bottles Cancel reply

This site uses Akismet to reduce spam. Learn how your comment data is processed. 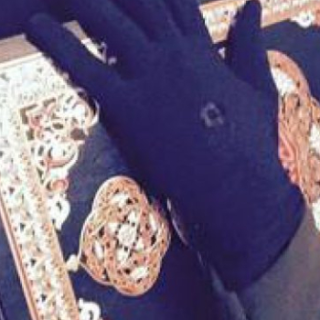 I'm a revert and Mother of 5 Living in Morocco, I made hijrah so I can raise my children around Muslims. I home school my children and help the poor